The Panavia Tornado is a family of twin-engine combat aircraft, which was jointly developed by the United Kingdom, West Germany and Italy. There are three primary versions of the Tornado; the Tornado IDS (Interdictor/Strike) fighter-bomber, the suppression of enemy air defences Tornado ECR (Electronic Combat/Reconnaissance) and the Tornado ADV (Air Defence Variant) interceptor. It is one of the world's most sophisticated and capable interdiction and attack aircraft, with a large payload, long range and high survivability. The Tornado was designed as a low-level supersonic ground attack bomber, capable of taking off and landing in short distances. This requires good high-speed and low-speed flying characteristics.. In order for an aircraft to be operated efficiently at both high and low speeds, variable wing sweep is a desirable feature; this was incorporated into the Tornado design. The cockpit is of conventional design with a centre stick and left hand throttles. In flight the Tornado GR4 uses three sweep angles, with a corresponding speed range appropriate for each angle. Sweep may also change automatically to accommodate different store configurations, as these directly affect lift.

Developed and built by Panavia, a tri-national consortium consisting of British Aerospace (then the British Aircraft Corporation), MBB of West Germany, and Alenia Aeronautica of Italy, the Tornado first flew on August 14, 1974 and was introduced into service in 1979–1980.Due to its multi-role design, it was able to replace several different fleets of aircraft in the adopting air forces. It saw action with the RAF and AMI (Italian Air Force) in the Gulf War. International co-operation continued after its entry into service within the Tri-National Tornado Training Establishment, a tri-nation training and evaluation unit operating from RAF Cottesmore, England. Including all variants, 992 aircraft were built for the three partner nations and Saudi Arabia.The Royal Saudi Air Force (RSAF) was the only export operator of the Tornado in addition to the three original partner nations. Production ended in 1998; The last aircraft was completed by British Aerospace on 24 September, a RSAF IDS. 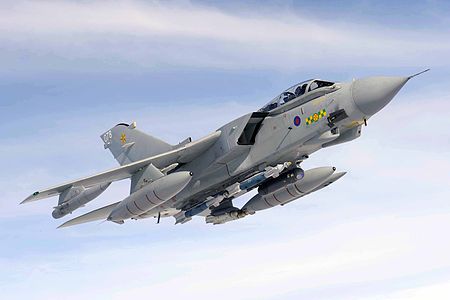 Wiring Board for the Screen Module Cableform

An Introduction to Tornado

The Design and Development of the MRCA Autopilot

Last Tornado delivery to the RAF